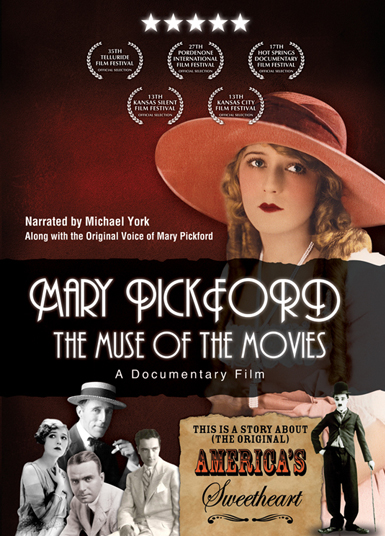 “Mary Pickford, The Muse of the Movies” traces the life and work of the legendary silent film star, movie pioneer, and keen business woman who co-created United Artists Studios. Pickford’s life (1892-1979) also parallels an even larger story, the telling of the “birth of the cinema” itself. Mary, known as “America’s Sweetheart”, was the first actress to earn one million dollars during a single year and the only star to ever receive a 50% profit share of her movies.